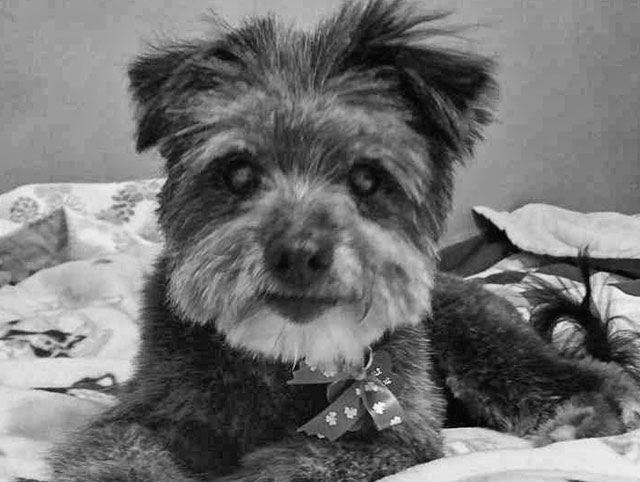 We were still fairly young as an organization. We had little money in our bank account and a small foster base. Then we got a call. An old, blind dog was left at the shelter in an unlocked storage room in the dead of winter. His coat was in horrible shape in dire need of a grooming, and his spirit was in dire need of reassurance. Our experience with special needs animals was fairly non-existent.

A volunteer arrived at the shelter and called another to discuss it. The underlying emotion was to reach out and help this guy, but the ‘what if’s’ did creep into the conversation. What if he is terminally ill? What if he is going to need a lot of expensive vet care? What if we can’t find a home for this older guy?

Minutes later… it was decided. Put him in the car. Ultimately, it was an opportunity to prove his life had value…that he wasn’t just trash worth throwing away. We would find a way.

Within the first week, he went to the groomer and then to see the vet. It was discovered that he had a stage 4 heart murmur, a mouth full of rotten teeth. and that he was blind. He was given a full dental and put on heart medicine. He began to settle into his foster home and quickly learned how to navigate himself around the house. Then, 5 months later, he was adopted into a loving home where he would live out his remaining years knowing he was loved.

“We could see that he overcame all that was dealt him. And if he could do that, so could we. We fell in love with him. His faith and courage was an inspiration that has stuck with us to this day. And he got really spoiled here If you look close at the bottoms of my walls, you can still see how he followed them to find his way around the house. I haven’t washed them yet and he’s been gone 3 years.” A special adopter of a very special dog.

What if… we had given power to the what if’s?