Giving her every chance we could 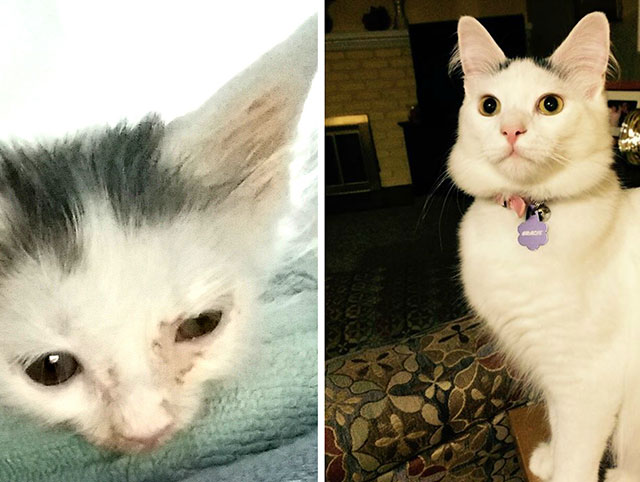 We rescued Ellie from the shelter with her mom and three siblings. The other kittens seemed healthy, but she was emaciated and had what seemed like a mild upper respiratory infection (common for cats and kittens in shelters). It was clear she wasn’t nursing, probably because she couldn’t smell and wasn’t feeling well. We took her to the vet, who confirmed the mild URI and prescribed some medicines. Her foster mom force fed her, gave the prescribed medications, and took her into the bathroom regularly for steam sessions to help clear her system, but she was still declining several days later when the vet did an x-ray and diagnosed severe pneumonia. Pneumonia is bad news for any cat, but for a kitten who barely weighs 11 ounces, it was essentially a death sentence without 24-hour professional care. Even with that, the prognosis was not good. Add the fact that it was Labor Day weekend and the vet would be closed, and we were in trouble. We made the decision to give this sweet little girl the best chance we could, and opted for emergency hospitalization. No one really expected her to pull through, but miraculously, she did!

Ellie was adopted, is now named Gracie, and has grown into a beautiful cat. From a tiny kitten who had a slim chance of survival to a beautiful diva who is very loved. This is why we do what we do.